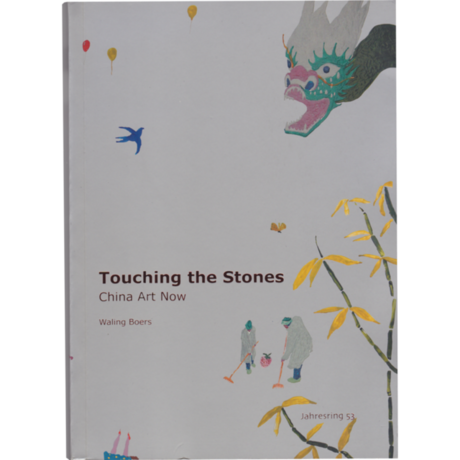 This text (by Jorge Luis Borges) quotes “a certain Chinese encyclopedy”, in which it is said that “the animals are grouped in the following manner: a) animals belonging to the Emperor, b) embalmed animals, c) tamed, d) milk pigs, e) sirens, f) fable animals, g) dogs without master, h) belonging to this group, i) behaving like fools, k) those drawn by a very fine pencil made of camel hair, l) et cetera, m) those who broke the water-jug, n) those looking like flies from far away.”

In the astonishment about this taxinomy, one achieves in one step what is designated in this list as the exotic charm of another thinking—the limit of our own thinking: the sheer impossibility to think this.

We talk about East Asia and the Chinese call it the Middle Kingdom. How could we elucidate better the different perspectives one can take when looking on China. For us Europeans it is exotic, far away and unknown, and for the Chinese, it is the centre from which the world pivots.

The West’s interest in this fascinating and complex country has been growing constantly after Mao’s death and due not only to economic reasons, but also to its cultural developments which raised both speculation and curiosity.

The Fine Arts have a special status in China—their development over the last few years has been extraordinary. A starting point certainly was the 1999 Venice Biennale curated by Harald Szeemann, where he presented contemporary art from China for the first time to a larger extent for a bigger audience. After this, the process gained momentum with many presentations being exhibited worldwide.

Global interest in today’s Chinese art is also evident because of its big success on the market, which has found a strong echo in the media due to sometimes high international auction results.

I would like to thank Waling Boers for the insight he gives with this Jahresring, into China’s present art scene, but also for his clear perception regarding the origins in the 1980s, which are important for the understanding of this phenomena. He was able to gain the participation of both the essential artists and actors inside and outside China.
This book is a comprehensive collection, and singular in its kind.

What do we know? What do we have? What do we miss? What do we love? Berlin // Schinkel Pavillion March 24, 2019 7-9pm In conversation with Willem de Rooij; Katharina Fichtner, Cultural Attaché, Embassy of Canada, Berlin; and Monika Szewszcyk
Attention EconomyJahresring 60: Jahrbuch für moderne Kunst Edited by Brigitte Oetker and Nicolaus Schafhausen Interviews with Saâdane Afif, Thomas Bayrle,  ...

What Is Different? is the title of this year's edition of the Jahresring, guest-edited and designed by Wolfgang Tillmans. Since the early 2000s Tillmans has been working on truth study centre, a cycle of works concerned with absolute claims of truth in social and political contexts. Circling around contemporary issues of newly ...